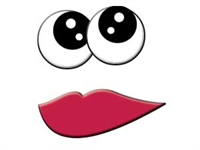 Using body language to bolster your topic and your nerves