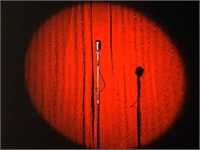 You are your own best enemy